On Friday June 25th, MS&AD, one of the top three Japanese non-life insurers, adopted a policy to no longer insure or invest in new coal power plants, becoming the first Japanese insurer to make this move. The policy follows on the heels of similar announcements by four Korean insurers on June 21, isolating Tokio Marine, Japan’s biggest insurer in the power sector, and its smaller rival Sompo, as some of the world’s last remaining coal insurers.

Global Coordinator of Insure Our Future

“Even if it has serious limitations, MS&AD’s new coal policy is an important initial step in the right direction. Along with the policies adopted by Korean insurers, MS&AD’s move shows that the coal exit train has now reached the Asian insurance industry and that the coal projects which are still in the pipeline have no future."

Today, at Tokio Marine’s Annual General Meeting in Tokyo, Japan shareholders were greeted by a group of concerned civil society activists urging the company to stop lagging behind its peers internationally and at home. Campaigners called on Tokio Marine to stop being a global coal insurer of last resort. 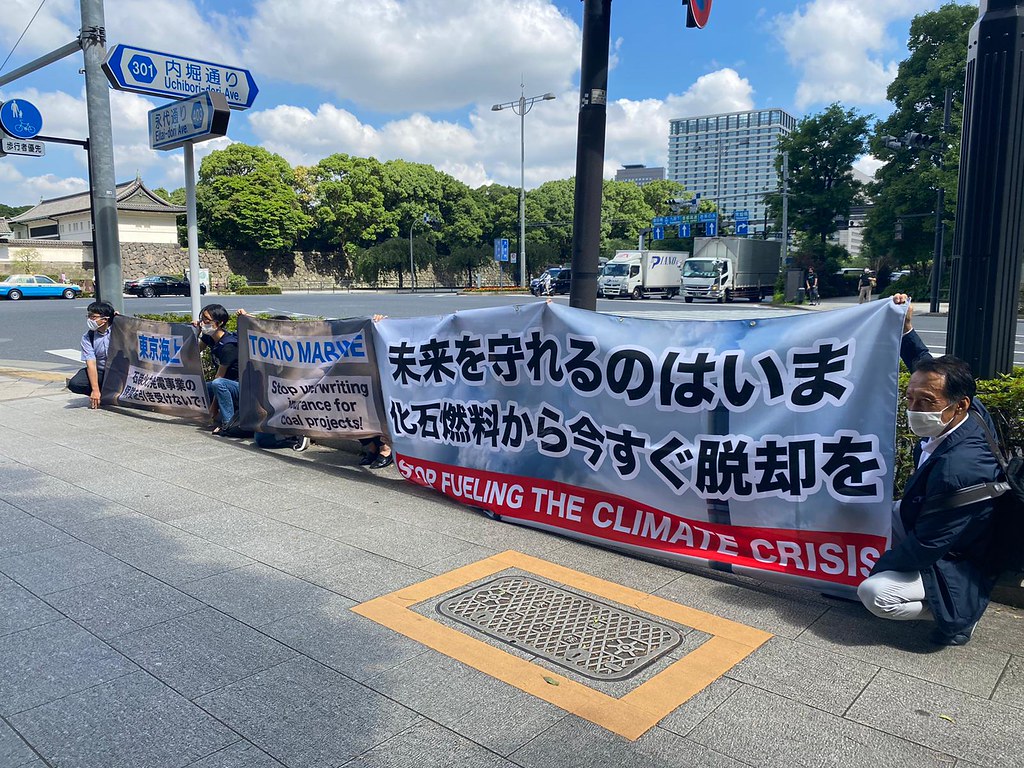 “With COP26 around the corner, Tokio Marine and Sompo as well as Chinese insurers like Ping An and PICC need to join the international trend in adopting coal exit policies so they no longer undermine the progress made by their peers. All insurance companies need to follow the science, accept the conclusions of the International Energy Agency's recent 1.5C report and end all cover for new coal, oil and gas projects and related infrastructure. Aligning their business with a credible 1.5C pathway is an imperative, not an option.”